THE HISTORY OF THE ESTATE

Our family has lived in Valvignères for more than four centuries. The marriage certificate of our ancestors, Claude LANDRAU and Marguerite DESSERRES, dated January 15th, 1575, states they were both natives of Valvignères. 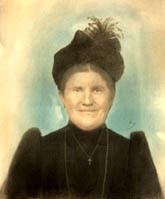 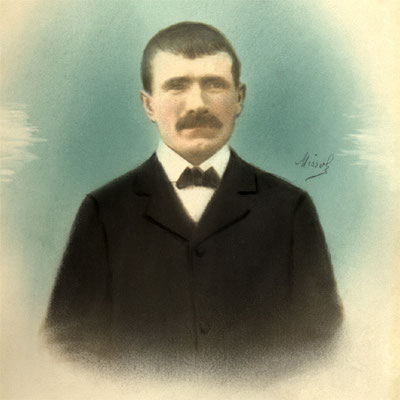 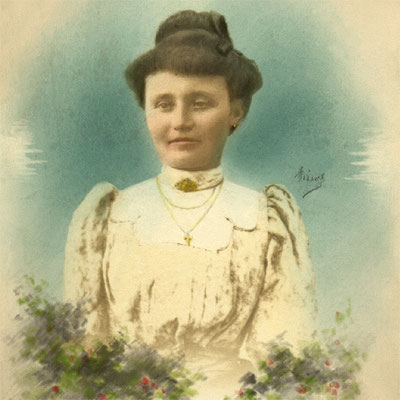 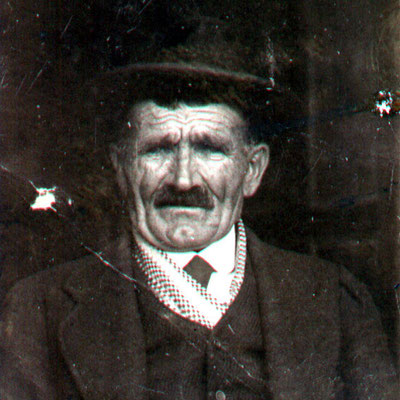 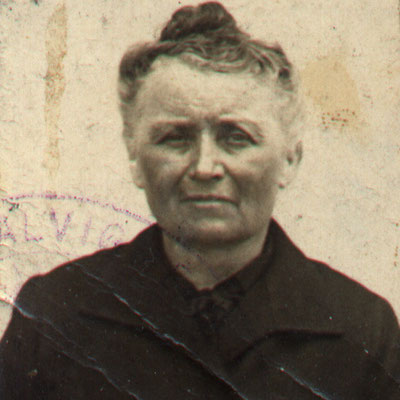 The humble business of the LANDRAU family was passed on from generation to generation. 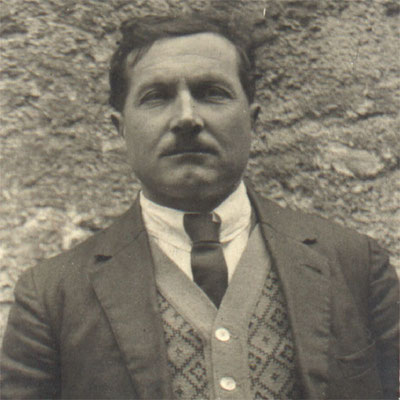 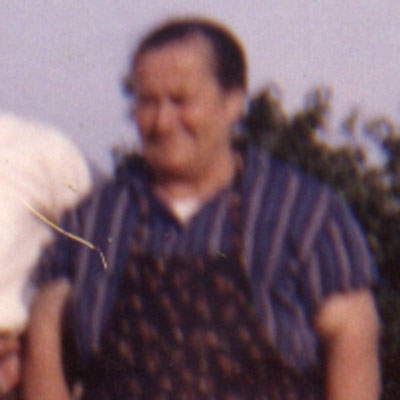 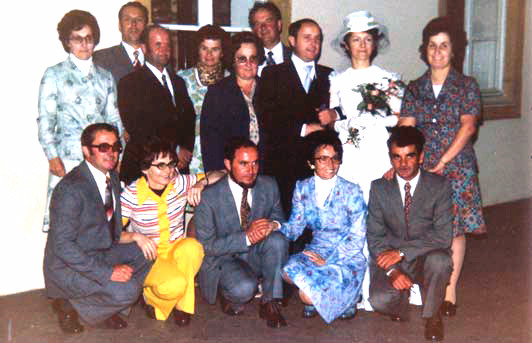 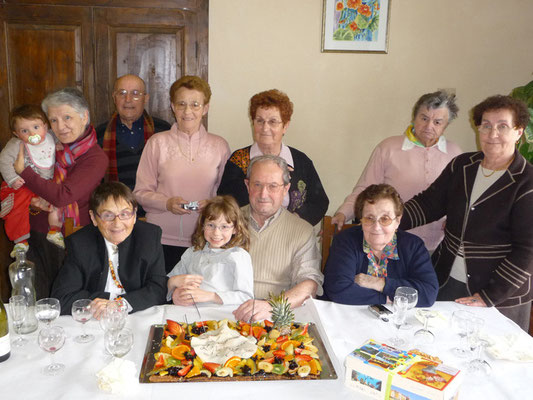 For centuries, the family estate has been passed on from generation to generation.

Our grandparents Marthe and Félix ROBERT had seven children, including Marguerite (married to Albert PRADAL), the mother from Sébastien, and Alphonse, the father from Denis.

In 1952, Alphonse worked with his parents and helped to create the “Cave cooperative” in the village, which contributes to the Ardèche's viticultural development.

In 1965, his six brothers and sisters gave him their piece of land, enabling him to run the entire estate.

Until 1981, he used to bring his grapes to the cooperative winery. 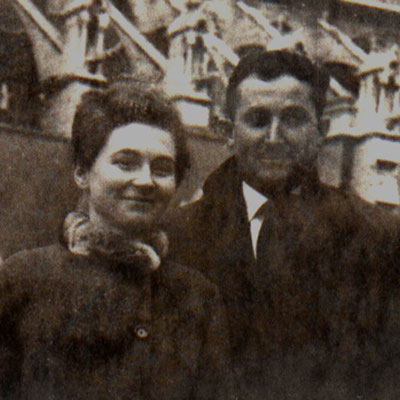 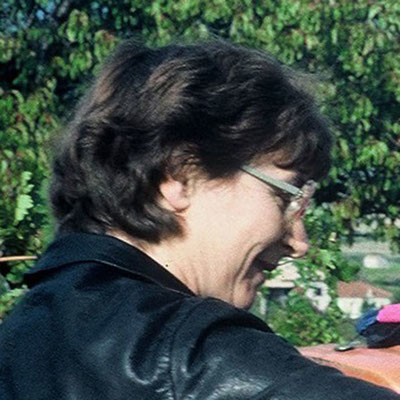 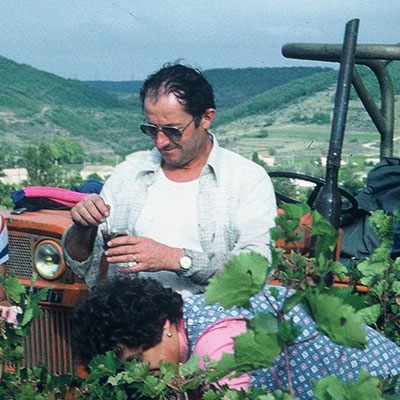 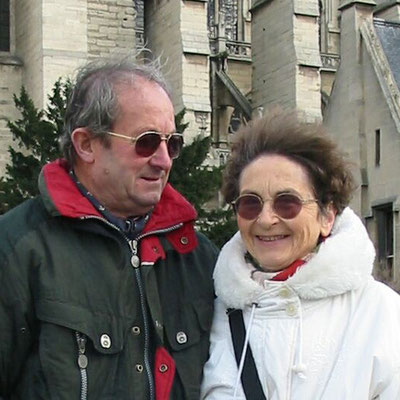 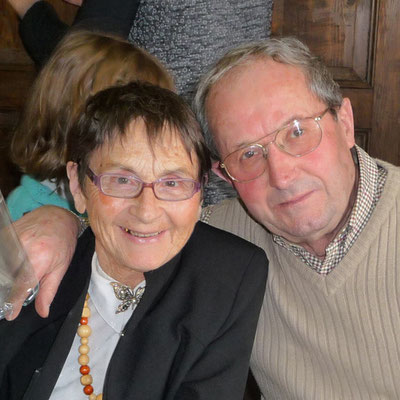 In 1982, Alphonse withdrew from the cooperative in order to establish his own estate - "Mas d'Intras".
Our family lives in the hamlet that is named Intras. It means "Southern Entrance" to the "Vallis Vinaria" - the area called "Valley of the Vines" (the origin of the name of Valvignères, given by the Romans). 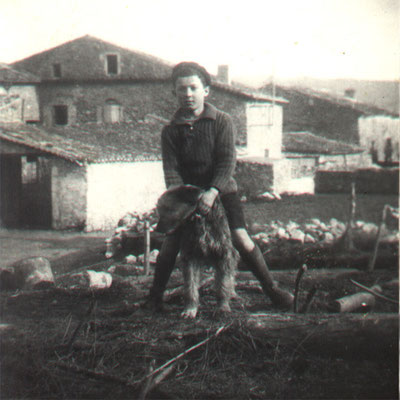 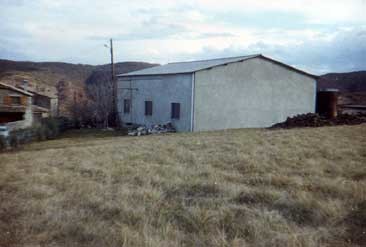 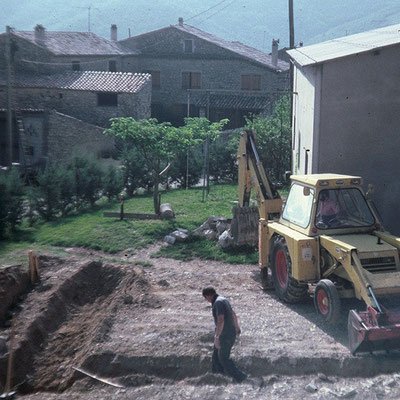 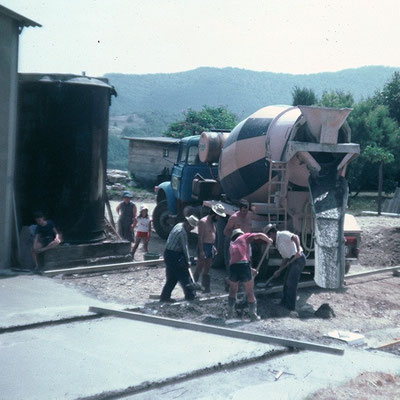 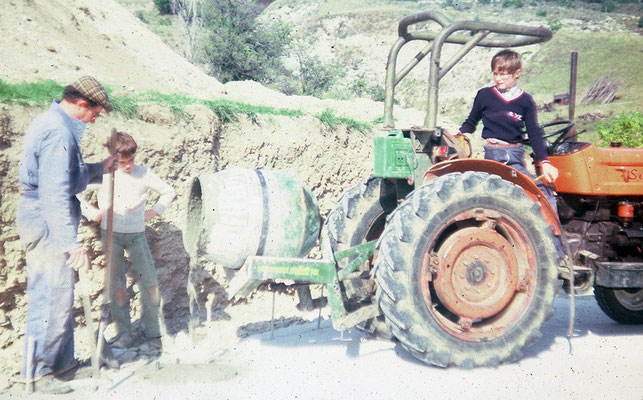 At the time, when Françoise arrived from Paris in 1967 to marry Alphonse, Intras was still a small, poor and isolated hamlet and the family farm just allowed a family to live.

It is not until 1980 that Alphonse and Françoise chose to create their own wine cellar. Alphonse is then 50 years old. This is a crazy gamble: everything has to be built. With the help of his sons Emmanuel (9 years old) and Denis (11 years old), he begins the construction of the main building, that currently holds the concrete tanks. 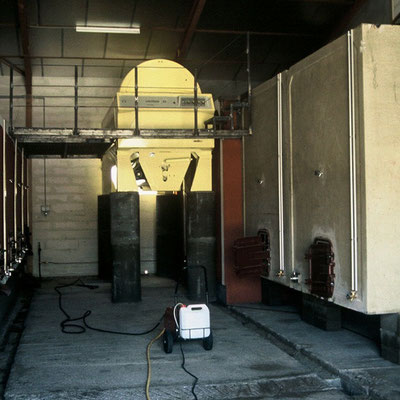 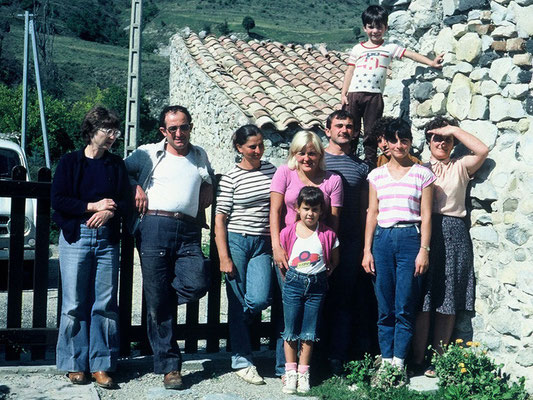 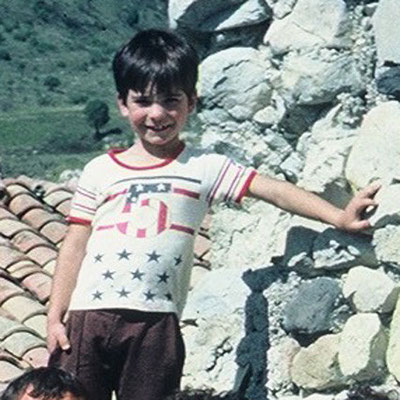 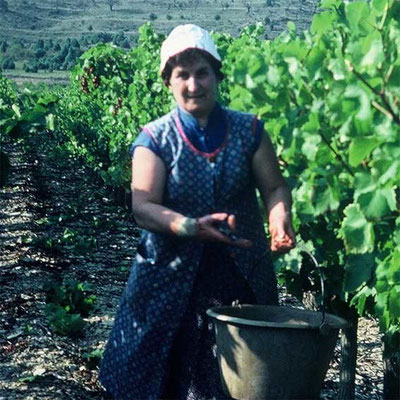 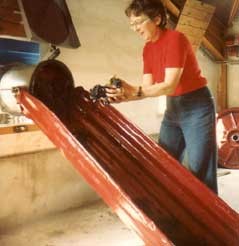 The Mas d'Intras' first crop of "Grenache Trace-Nègre" finally arrives on September the 10th 1982, in front of the children who would not have missed this event for anything in the world !

The name "Mas d'Intras" is not yet defined...

Sébastien, who was then 7 years old, was present and would not have missed it for the world, especially his Mom was helping to harvest. Denis and Emmanuel could not be there, both being at school in Montpellier ...

Denis was barely 18 when he earned his winemaker diploma in Beaune (Burgundy) and he joined the family estate in 1986. Emmanuel took the ways alongside and joigned in 1990.

Sébastien joined the GAEC in 2005, after similar studies and a 5 years vineyard experience. 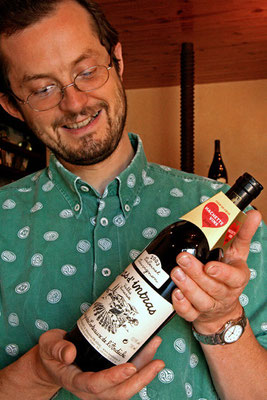 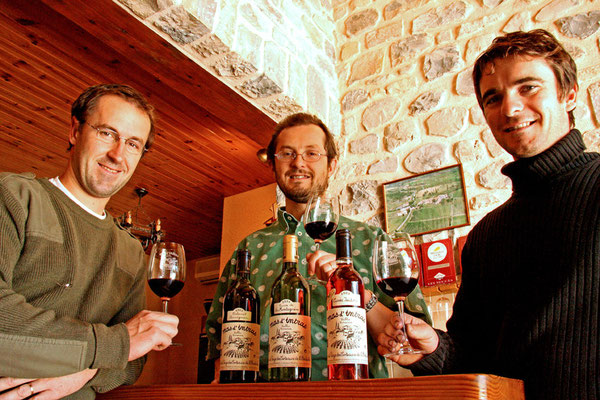 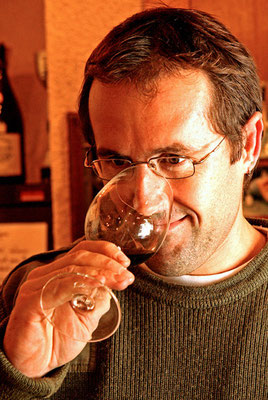 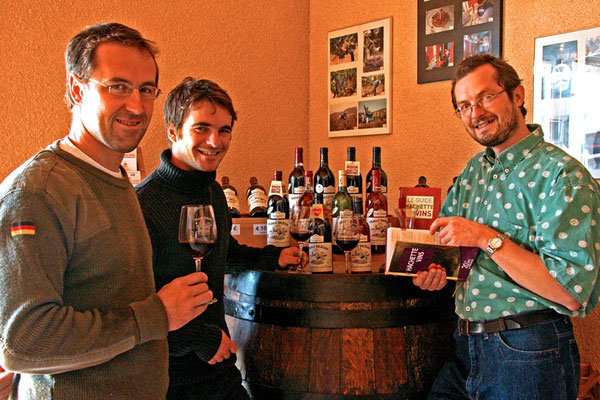 Following Emmanuel's back pains leading to a career change in 2010, Denis and Sebastien now run the Mas d'Intras on their own.